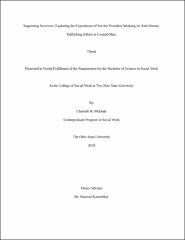 The Ohio State Unversity, The College of Social Work