Breastfeeding and Marijuana Use 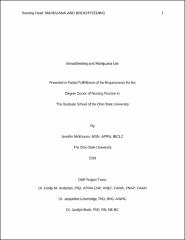