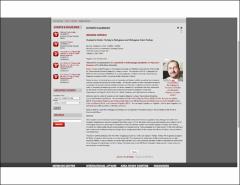 The European Union has faced one of its biggest existential crises with the rise of population flows through its Eastern and Southern neighbours as well as movements within the Union. In 2016, the Brexit referendum and debates surrounding in the UK were largely focused on restricting EU immigration to the UK whereas eastern and central European members were raising concerns and objecting the refugee quota systems and burden sharing. Turkey emerged as a “gate keeper” in this crisis and have been in the centre of debates because of large Syrian refugee populations in the country and billions of Euros it was promised to keep them there. The Syrian conflict produced over 4.8 million refugees and over 2.7 million are based in Turkey. Turkey with its generous support for Syrian refugees is confirmed as a “country of security”. This shadows the darker side of affairs as the same country also produced millions of asylum seekers since the 1980 and the current circumstances and fresh evidence indicates that there will be more refugees coming through and from Turkey. The failed coup in July 2016 and the drastic measures put in place since then are cause for concern for many.

Ibrahim Sirkeci is Ria Professor of Transnational Studies and Marketing and director of the Center for Transnational Studies at Regent's University London. He received his Ph.D. in geography in 2003 from the University of Sheffield. He is also a graduate of Bilkent University. Before joining Regent's University in 2005, he worked at the University of Bristol. Sirkeci is known for his extensive work on insecurity and human mobility as well as his conceptual work on culture of migration and conflict model. He has also coined the term "transnational mobile consumers" as he examined connected consumers and the role of mobility in consumer behavior within a transnational marketing context. His recent research on remittances has been sponsored by Ria Money Transfer while previously he had secured external research funding from organizations including the World Bank, EU, British Academy, and High Education Academy. Sirkeci is also the editor of several journals including Migration Letters, Transnational Marketing Journal and Remittances Review. His recent books include Turkish Migration Policy (2016), Conflict, Security and Mobility (2016), Transnational Marketing and Transnational Consumers (2013), Migration and Remittances during the Global Financial Crisis and Beyond (2012), and Cultures of Migration (2011). He is a frequent speaker on migration, conflict, and integration and delivered about 200 speeches at international events. Sirkeci's lecture is part of the Refugee and Immigrants: Comparative Perspectives Lecture Series funded by the Office of International Affairs.