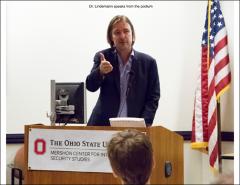 This presentation will show the limits of utilitarian models for the comprehension of war and humanitarian intervention and defend the idea that behind the concepts of interest are hidden logics of (non-)recognition between self and other. From the point of view of recognition theory, humanitarian interventions are hindered when the self holds minimized representations of others. This minimization can refer either to the existence or the status of the other. In substance, minimization allows for disengagement and the absence of emotional involvement in the existence of the Other. In the most basic existential sense, minimization means denial of the Other’s agency. Others are not “identified” as actually existing as free actors, because they do not really affect one's own life in a visible manner. More subtly, minimization of agency can be presented as an “objectification” of the Other (in the sense of not recognizing the Other as a being with needs and capabilities for reaction). This latter form of minimization is also referred to as "reification," which is the act of considering the Other as a mere object or an inanimate thing. Hence, this purely instrumental disposition towards the Other is conditioned by a vision of the world that involves the reification of the Self and the Other as well as the trivialization of violence. To a great extent, humanitarian interventions depend on the way one reacts to the pain of others and on the role one attributes to oneself – bystander or protector. We will draw illustrations from the cases of Rwanda and Libya in an attempt to compare the responses of the international community to each of them.