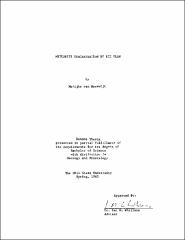 Ice flow concentrates meteorites and supplies old ice at the ablation surface near the Allan Hills, Antarctica. A model for these phenomena is proposed by Whillans and Cassidy, and is developed in this paper. The model recognizes three mechanisms that act to concentrate the meteorites: some meteorites fall directly onto the collecting site, others are transported by the glacier from the accumulation to the ablation zone, and those present at the ablation surface are crowded due to horizontally-compressive surface strain rates. Large meteorite concentrations and old ice are favored by the following conditions: thick ice, slow velocities, convergent flow, low accumulation and ablation rates, large ablation area, and steep velocity profiles. Calculations show that ice as old as 160,000 years could be present at the ablation surface near the Allan Hills. Ice this old has never been found before.