The effect of prosody on decision making 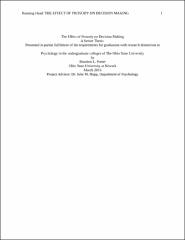