Trends in the Reasons for Restatements 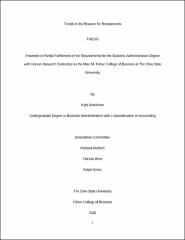