Do Diminutives Make the Vowel Shrink?: An Account of Monophthongization in Spanish 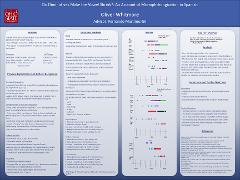 The Iberian Peninsula had many competing dialects in the Middle Ages. Over time the dialect of the Kingdom of Castile became socially prestigious and its usage spread throughout most of the Peninsula. Today this dialect is known as Spanish. The expansion of Spanish caused many language forms to be replaced with more prestigious variants. Such has been the surmised case for the diminutive suffix -illo, formerly -iello. This study aims to show that this change in the diminutive suffix was due to the adoption of the prestigious language variety that was used by the government of Castile. In this study I also investigate words that have the same form as the diminutive but do not have a diminutive meaning and examine how they change accordingly. Previous studies have shown that the adoption of the Castilian variety led to the change of [f] becoming [h] and the development and spread of several [s]-like sounds. Additionally, studies have shown that words with similar form often behave in similar ways. For my study I recorded the occurrences of -ie/-i of 50 word pairs in a corpus from their first appearance to 1600 AD, then I sorted the words by frequency and classified their growth patterns on a 1-5 (low-high) scale. My study shows that as the -illo forms increase on the growth scale, the -iello forms decrease. Often, by stages 4 and 5, the -iello forms fall out of use and do not reappear. I also find that this tends to be the case with words of similar form that do not have the diminutive meaning. This study confirms previous research on similar word form and change, with additional attention paid to how sociolinguistic variation influences the form of words and how they change over time with respect to frequency.