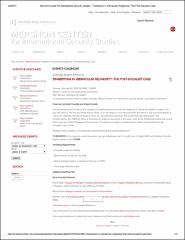 This workshop aims to introduce the changes and transformations of vernacular religiosity of Central and Eastern Europe in the past half-century. The first part of the lecture will focus on the religious circumstances of the Socialist era, the survival strategies of vernacular religiosity, the role of religious music as a countercultural practice. The second thematic part analyzes the transformations after 1989, the influx of transnational religious movements in the region such as the Pentecostal awakening among Romani groups and the “Neopagan-Christian war.” The aspects of religious transformations will be demonstrated through Hungarian case studies.