The Politics of the International Rule of Law 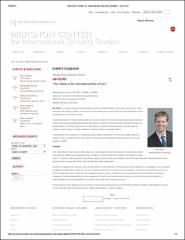 The international rule of law is often seen as a centerpiece of the contemporary international order. It is routinely reaffirmed by governments, scholars, and activists as the modern alternative to brute force. It is said to reduce violence, generate stability, and provide accountability, and that these benefits follow naturally when governments comply with rather than violate their legal obligations.Despite this popularity, however, the concept itself is rarely defined and its politics rarely explored. In this project Hurd considers the political implications of the turn to law in global politics. He examines the international rule of law as a political system, one which distributes power, authority, and obligation among actors. It defines the authority that constitutes states; it endows a language of political legitimation in the categories of lawful and unlawful state behavior; and it defines the parameters of responsibility and irresponsibility for the harms that arise from international acts. Hurd explores these effects across a series of recent disputes that show the distinction between legality and illegality is being constructed through judicial processes, legal interpretation, or power politics.