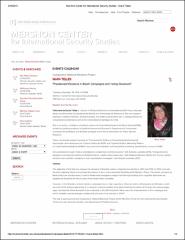 The objective of this talk is to analyze the behavior of Brazilian voters comparing two elections: 2010 and 2014. In 2010, Lula was the main cognitive shortcut to activate the elector of the current president Dilma Rousseff (Worker's Party). The results achieved by Marina Silva are still discussed, in which Pentecostal evangelical religion and the high mobility of its cognitive electorate are targeted as important for the success of the Green Party candidate.However, in the Brazilian context, election campaigns have a high capacity to influence voters without party identification, which are most of the national electorate. In an election scenario tended to be determined by the desire of moving, will Lula's prestige again activated for Dilma Rousseff to be re-elected in the 2014 elections? What were the characteristics of the campaigns and which variables may be stronger to determine the vote of the electors in 2014?