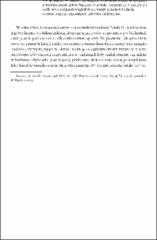 Why respondents participate in surveys? Comparative analysis for Poland in 1994-2004

In appendix to the Polish General Social Survey 1994 I carried out mail study sending respondents self-administered questionnaires asking them about motivation to take part in surveys and perception of their goals. Analysis of this study was presented in Ask 1995, 2. Since that time many changes took place in Poland as well as in survey research that might modify my conclusions from 1994. Bearing this in mind I repeated this study after 10 years, doing European Social Survey 2004. Respondents were asked the same questions designed to display common perception of surveys and find out incentives to increase participation in them. As far as the latter question became especially important this study covered also respondents who were sampled to ESS but did not take part in the main study.