Volcanic rocks of the northern and central interior highlands of Nicaragua 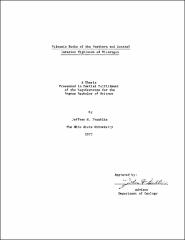 The volcanic rocks of these regions have been grouped into three major divisions by McBirney and Williams: (1) a lower section consisting mainly of volcanic sediments, laharic breccias, and a few basaltic and andesitic lavas;(2) younger andesitic and dacitic lavas and pyroclastic debris, which is referred to as the Matagalpa volcanic series; and (3) a group composed of andesitic and dacitic ignimbrites, their waterlaid equivalents, and thin sheets of basic lava. These rocks belong to an upper part of a Tertiary sequence, the Matagalpa series, that laps northward onto a structural high. There is some similarity between these rocks and the rocks found in the Late Tertiary and Quaternary volcanics in the Guatemalan Highlands and the southern part of El Salvador. Volcanic rocks of the Guatemala Highlands are mostly fissure extrusions with some composite cones. Volcanic rocks of El Salvador are mostly deposits of glowing avalanches and dacitic pumice. Olivine basalts and biotite-rich rhyodacites are also found in El Salvador as well as in Nicaragua.