Prophetic Visions of the Past: Pan-Caribbean Representations of the Haitian Revolution 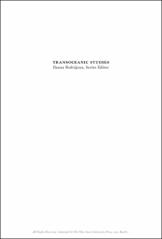 In Prophetic Visions of the Past: Pan-Caribbean Representations of the Haitian Revolution, Víctor Figueroa examines how the Haitian Revolution has been represented in twentieth-century literary works from across the Caribbean. Building on the scholarship of key thinkers of the Latin American "decolonial turn" such as Enrique Dussel, Aníbal Quijano, Walter Mignolo, and Nelson Maldonado-Torres, Figueroa argues that examining how Haiti's neighbors tell the story of the Revolution illuminates its role as a fundamental turning point in both the development and radical questioning of the modern/colonial world system. Prophetic Visions of the Past includes chapters on literary texts from a wide array of languages, histories, and perspectives. Figueroa addresses work by Alejo Carpentier (Cuba), C. L. R. James (Trinidad), Luis Palés Matos (Puerto Rico), Aimé Césaire (Martinique), Derek Walcott (Saint Lucia), Edouard Glissant (Martinique), and Manuel Zapata Olivella (Colombia). While underscoring each writer's unique position, Figueroa also addresses their shared geographical, historical, and sociopolitical preoccupations, which are closely linked to the region's prolonged experience of colonial interventions. Ultimately, these analyses probe how, for the larger Caribbean region, the Haitian Revolution continues to reflect the tension between inspiring revolutionary hopes and an awareness of ongoing colonial objectification and exploitation.