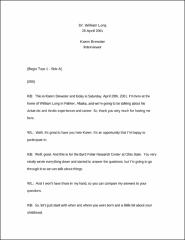 Dr. Long was born in 1930. During the Depression, his family lived in many areas of California. His father and mother were teachers. He learned rock climbing at age sixteen and became a member of a mountaineering group; many members had been in the Tenth Mountain Division. During the Korean War, he went to the Strategic Air Command Survival School. While in college, majoring in geology, Dr. Long became involved with the California Cooperative Snow Survey. Dr. Long went to Antarctica as a glaciologist for the International Geophysical Year (IGY), from 1957-1958. The methods and problems of making the first maps of Antarctica from Byrd Station over a three year period are described. Every 36 miles, they would dig a pit approximately 3 meters deep and hand augur a hole to 20 meters to describe the stratigraphy. The snow surface was wind sculpted and hard-sastrugi. On Mt. Glossopteris, they found fossils. Dr. Long was a member of the team that climbed the five highest mountains in Antarctica. A crevasse detector is described. He spent time exploring the Ohio Range and the Vinson Massif. His time at Byrd Station included making snow accumulation measurements, aurora observations, and magnetic measurements. Communication to the outside world was via a HAM radio. Some of the interactions between the Navy personnel and the scientists are discussed. Dr. Long concluded that stratigraphy of the Ohio Range was similar to the Gondwana stratigraphy of South Africa, India, Australia, and South America. A second significant discovery of the Ohio Range was the uncovering of marine fossils similar to those in South Africa. A coal deposit was also found. Dr. Long was employed at Alaska Methodist University (AMU) after finishing his graduate work at Ohio State University. After AMU closed, he was employed by Alaska Geological Survey and developed the Alaska Hydrological Survey. Dr. Long became Executive Director of the Soil and Water Conservation Districts. After retirement, he began to work with the Palmer Soil and Water Conservation District. He discusses life in Alaska, the Iron Dog sled race, and his career mentors. Major Topics Rock climbing and the Tenth Mountain Division IGY (International Geophysical Year) Early mapping of Antarctica The discovery of fossils and coal deposits on the Ohio Range The Byrd Station, its leaders and activities Geology and glaciology of Antarctica Alaska Methodist University