Stratigraphic method of eustatic quantifications: a sea level curve based on Jurassic-Cretaceous strata of the Russian Platform 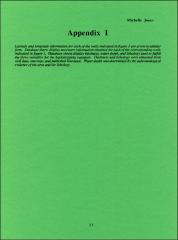 Two types of sea level are presently defined: relative and eustatic. Relative sea level (RSL) is the sea surface elevation relative to some local land surface. Eustatic sea level (ESL) is a term used to characterize worldwide changes in sea level, and reflects the relationship between the volume of the ocean basins and the volume of ocean water. In order to measure eustatic changes with respect to the lithosphere a reference frame is necessary. The most reasonable reference frame is a stable platform, free from local epeirogeny and subsidence. The broad stability of the Russian Platform makes this area an ideal reference frame for calculating ESL from the Late Jurassic to the Paleogene. Information about sea level fluctuations can be derived from stratigraphy through a technique known as backstripping. The backstripping equation relates eustasy to sediment thickness, water depth, and tectonics. This method restores the strata to the original state of deposition, before compaction loading, and epeirogeny. On the basis of widespread horizontal uniform thinly bedded Mesozoic marine strata, the Russian Platform is inferred to be tectontonically stable. The backstripping method applied to the Russian Platform restores the stratigraphy to the original elevation of deposition, and because the Russian Platform has not experienced subsidence or uplift, the resulting RSL curve is also applicable as a ESL curve. Subsidence rates for surrounding basins forming during the same time can be determined using the quantified eustatic sea level curve. Subtracting the eustatic sea level curve from the calculated relative sea level of the subsiding basin will result in the amount of subsidence. This procedure has been applied to the Caspian Basin resulting in a subsidence rate of 7.8 m/m.y. from the mid-Callovian to mid-Aptian.