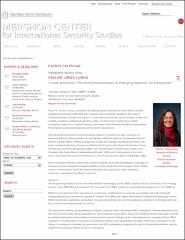 The burgeoning literature on the internationalization of emerging country NOCs asserts that the combination of technology transfer in the 1970s-80s and sustained high oil prices in the 1990s created an unprecedented opportunity in the 2000s for NOCs to internationalize their operations at a rapid pace, enabling them to compete successfully with International Oil Companies (IOCs) for dominance in global oil markets. The 2000s has indeed witnessed the expansion of emerging country NOCs' investment, exploration, production, and personnel abroad. And yet, this widespread ambition to internationalize has been realized with varying levels of success. We capture this variation by developing an original composite index that assigns NOCs a degree of internationalization score. We then provide an alternative explanation for why emerging country NOCs achieve such different levels of success. Contrary to existing explanations that emphasize structural and economic changes at the international level, we argue that an NOC's capacity to internationalize is constrained by domestic politics; more specifically, the legacy of its mode of emergence, the timing of convergence between the government and NOC management regarding the merits of internationalization, and the sequencing of sectoral reforms vis-à-vis convergence.