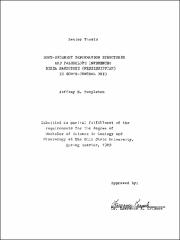 The Berea Sandstone is an important oil and gas reservoir in Ohio, Pennsylvania, and West Virginia. It has been the subject of many studies. The Bedford Formation is important because of its stratigraphic position, underlying the Berea Sandstone. The Bedford-Berea sequence in Ohio has been suggested to represent a delta that prograded into the Appalachian Basin. This study concentrates on an outcrop of the Bedford-Berea sequence at Massieville, Ohio in south-central Ohio. This outcrop provides a complete section of the Bedford Formation. Soft-sediment deformation structures, known as flow rolls or ball-and-pillow structures, are notable in the Berea at this locality. In this study, the ratio of the thickness of disturbed beds to the thickness of undisturbed beds is calculated at this locality, and compared to data from previous studies from central Ohio to northern Kentucky. A decreasing pattern in the abundance of flow rolls is noted from north to south, suggesting that the influence of the prograding delta lobe is decreasing from north to south. However, it is found that the utilization of this ratio to be used as a means to infer paleoslope is not possible.