The Biology and Psychology of Crowding in Man and Animals 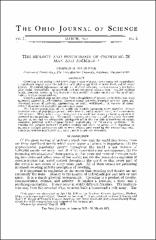 Crowding is an ecologic and psychologic aspect of population density which produces a significant impact upon the behavior and physiology both of individuals and of social groups. In animal populations, an optimal level of crowding is often necessary for favorable social interactions, reproduction, and normal group organization. Beyond optimal levels, however, crowding may become a detrimental influence on the well-being of individuals within the population. Crowded animal populations often show a breakdown of normal social behavior, with increased aggression and violence, aberrant sexual activity, improper parental care, and abnormal states of activity, aggregation, or social withdrawal. A variety of stressrelated diseases and mortality patterns may ensue. The human populations of the world are rapidly becoming more crowded through excessive rates of population growth, urbanization, and increased social and communicative contact. Many urban areas throughout the world are showing classic symptoms of crowded animal populations. We cannot, however, attribute all such symptoms to crowding per se, nor can we adequately distinguish all of the multiple interactions of social, economic, political, and biological factors in producing the "inner-city syndrome." In viewing the complex problems of urban ecology and social behavior, it is important to maintain ecologic perspective and to work toward understanding the interactional relationships between man's physical, social, and biologic environments.