The Genus Silphium in Ohio 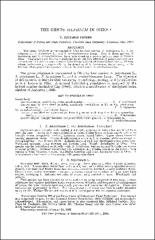