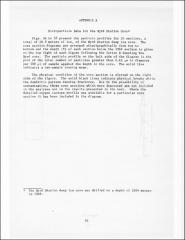 Institute of Polar Studies Report. No. 64

The Earth undergoes what appear to be major periodic changes in climate for which there must be a cause or combination of causes. The only readily available clues to past climatic change are those recorded on and in the land surfaces, the ocean floors and particularly in the polar ice sheets. The ice sheets of the world provide ideal locations for the investigation of changes with time in such climatic parameters as temperature and variations in concentration, size distribution and composition of dust. On the ice sheets annual snow accumulation averages from a few centimeters to over 100 centimeters, providing a much expanded climatic record than is available in deep sea or lake bottom cores. The recent development of ice core drilling techniques has made it possible to recover ice cores to bedrock from Camp Century, Greenland (1966, 1387 meters) and Byrd Station, Antarctica (1968, 3264 meters). Two initial studies of microparticle variation in the Byrd Station and the Camp Century deep ice cores have been conducted to clarify the relationship between atmospheric turbidity and climate by presenting the particle concentration and size distribution from sections of these two ice cores. These measurements have been compared with stable oxygen isotope values for ice at the same depths. This study has provided a comparison of particle concentrations and size distributions in an ice core from the Northern Hemisphere with one from the Southern Hemisphere.