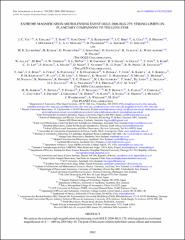 We analyze the extreme high-magnification microlensing event OGLE-2008-BLG-279, which peaked at a maximum magnification of A ~ 1600 on 2008 May 30. The peak of this event exhibits both finite-source effects and terrestrial parallax, from which we determine the mass of the lens, M_l = 0.64 ± 0.10 Msun, and its distance, D_l = 4.0 ± 0.6 kpc. We rule out Jupiter-mass planetary companions to the lens star for projected separations in the range 0.5-20 AU. More generally, we find that this event was sensitive to planets with masses as small as 0.2M_+sun ~= 2M_mars with projected separations near the Einstein ring (~3 AU).