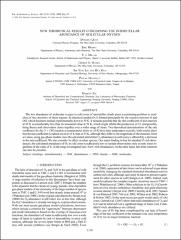 The low abundance of molecular oxygen in cold cores of interstellar clouds poses a continuing problem to modelers of the chemistry of these regions. In chemical models O_2 is formed principally by the reaction between O and OH, which has been studied experimentally down to 39 K. It remains possible that the rate coefficient of this reaction at 10 K is considerably less than its measured value at 39 K, which might inhibit the production of O_2 and possibly bring theory and observation closer together over a wider range of times. Two theoretical determinations of the rate coefficient for the O + OH reaction at temperatures down to 10 K have been undertaken recently; both results show that the rate coefficient is indeed lower at 10 K than at 39 K, although they differ in the magnitude of the decrease. Here we show, using gas-phase models, how the calculated interstellar O_2 abundance in cold cores is affected by a decrease in the rate coefficient. We also consider its effect on other species. Our major finding is that for standard O-rich abundances, the calculated abundance of O_2 in cold cores is sufficiently low to explain observations only at early times regardless of the value of k_1 in the range investigated here. For C-rich abundances, on the other hand, late-time solutions can also be possible.