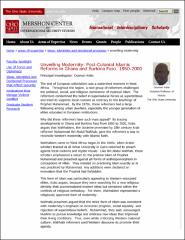 The end of European colonialism was a watershed moment in West Africa. Throughout the region, a new group of reformers challenged the political, social, and religious dominance of mystical Islam. The reformers condemned the belief in supernatural forces as superstitious and tried to suppress local customs as contrary to the teachings of Prophet Muhammad. By the 1970s, these reformers had a large following among urban dwellers, especially the younger generation of elites educated in European institutions. Why did these reformers have such mass appeal? By tracing developments in Ghana and Burkina Faso from 1950 to 2000, Kobo argues that Wahhabism, the doctrine promoted by 18th century Arab reformer Muhammad ibn Abdul Wahhab, gave the reformers a way to reconcile Western modernity with Islamic faith.