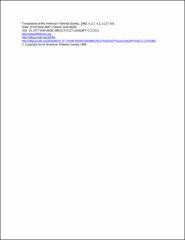 Young-of-year gizzard shad Dorosoma cepedianum, the primary prey for piscivores in Ohio impoundments, are difficult to sample by conventional techniques. We developed a technique for sampling littoral zone quadrats with rotenone and compared this method to other gear. To sample, we isolated 0.15-hectare shoreline areas (N = 28 quadrats) with a plastic barrier, which confined the rotenone and even small fish, and applied rotenone at concentrations of 2-3 mg/L. To quantify densities of dead fish that sank, about 18% of the bottom within quadrats was covered with netting. These nets eliminated the need for species-specific recovery rates, which typically are highly variable. Tucker trawls and seines provided lower density and size estimates of gizzard shad than did our quadrat method. Despite difficulties associated with the quadrat rotenone technique such as site selection, variability, and personnel requirements, this method provided the best estimate of size structure and density of gizzard shad populations. To determine if prey size or density influenced stocking success of age-0 piscivores, we used our estimates of gizzard shad biomass and growth to calculate total production of prey (71.3 kg/hectare) during its first growing season. Five taxa of piscivorous fish were stocked and their growth and survival were monitored in conjunction with regular estimates of gizzard shad. Total consumption of prey by all predators, calculated from observed growth by bioenergetics models, was 14.5 kg/hectare, or only about 20% of total young-of-year gizzard shad production. Apparently, factors other than summer prey production, such as spatial and temporal overlap of predators and prey, the gizzard shad: predator size ratio at time of stocking, or availability of gizzard shad in winter, limited first-year growth and survival of stocked predators.

This study was funded by the Ohio Department of Natural Resources, Division of Wildlife, and the Federal Aid in Fish Restoration Act under Project F-57-R.