Transitions between pitting and intergranular corrosion in AA2024 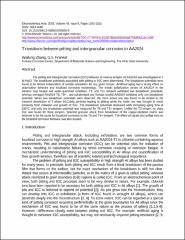 This work was supported by the United States Air Force Office of Scientific Research through Grant No. F49620-99-1-0103.