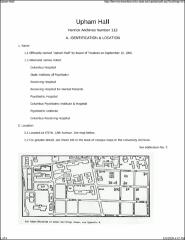 Entry created by John H. Herrick October 22, 1976
John H. Herrick Archives: Documenting Structures at The Ohio State University
The University Archives has determined that this item is of continuing value to OSU's history.