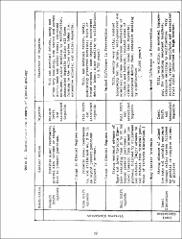 In southern Victoria Land, Antarctica, the inland ice plateau is bounded by a mountain range. Outlet glaciers from the plateau have carved valleys through the range. Most of these valleys are still ice filled, but an amelioration of climate has caused the glaciers to retreat from some, including the five valleys which constitute the Victoria Valley system. The walls of the Victoria Valley system rise steeply to 2000 m elevation but are broken by cirques, many of them ice free. Small valley glaciers enter the area from ice fields in the east, north, and west. Glacial and solifluction deposits mantle the valley floors. The area is a cold desert. Drainage is largely internal; the meager stream flow is confined to the summer months when saline ponds and larger perennially frozen lakes of the valleys are replenished by meltwater. Constant strong winds produce sand dunes, sand mantles, pebble ridges, and well-formed ventifacts. Two major glaciations are recorded in the Victoria Valley system, but they may have been preceded by others. The first distinguishable glaciation, the Insel Glaciation, was an eastward flow of ice from the inland plateau through the valleys to the coast. The Insel Drift includes very silty till, erratic pebbles and cobbles on mesas 300 to 600 m above the valley floors, and some lake silts. The till lacks morainal topography, and upstanding boulders are rare. During the recessional phase of the Insel Glaciation, deep meltwater channels were cut. Since the end of the glaciation, the shapes of the major valleys have not changed significantly. The second, or Victoria Glaciation, was marked by strong invasions from local ice fields and from the coast, and weaker invasion from the inland ice plateau. This glaciation, which began more than 30,000 years B.P., is subdivided into three episodes. The Bull Drift episode included the most extensive glaciers. At the maximum, the area was invaded by at least six glacier tongues which extended up to 20 km beyond their present positions, nearly filling the valley system. Till of the Bull Drift occupies about half of the valley floor area. Two large end moraines are well preserved, but most of the morainal topography is now subdued. During the following Vida Drift episode, the regimen became more vigorous. The retreat of the glaciers from their maxima of the Bull Drift episode stopped about 10 km from their present positions. Locally the glaciers readvanced. Large outwash fans and kames formed at the borders of proglacial lakes. With continued retreat, thick ground and end moraines were deposited. These moraines are moderately well preserved and hummocky, standing several meters above adjacent deposits of the Bull Drift episode. Upstanding boulders are much more plentiful than on the older drifts, but are cavernously weathered. Vida till is very sandy. During the Packard Drift episode, which continues to the present, the glacier regimen has been less vigorous. Minor readvances have occurred, but most of the deposits represent a slow regular retreat of the glaciers to their present positions. The Packard Drift occurs largely as ground moraine, with areas of kame and kettle topography, and very bouldery ablation moraine still ice-cored. In most areas, there is no sharp break in weathering between the Packard and Vida deposits. The Packard till, however, is more bouldery, and the Packard deposits are sandier and fresher than the Vida deposits. Cavernous weathering and wind erosion is slight. Well-formed contraction polygons cover the Vida and Packard Drifts to within a few meters of the ice fronts.

Report submitted by Richard P. Goldthwait to the National Science Foundation.
The University Archives has determined that this item is of continuing value to OSU's history.