Yurii Fedechko
JavaScript is disabled for your browser. Some features of this site may not work without it. 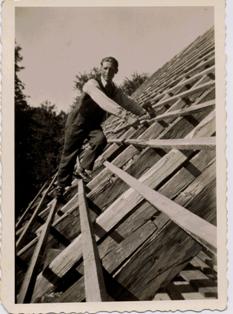 Born in 1911 in the village of Krasiv near Lviv, recruited into service for the Polish Army at the onset of the German invasion of Poland, caught by Soviet Partisans in 1941, Yurii Fedechko escaped west from the Partisans into Austria to work as a farm hand. That seemed to be better than fighting on either the German or the Soviet side. There he waited for the Allies. This was the side he wanted to be on.

This site describes and documents his immigration to the United States and to Columbus, Ohio.