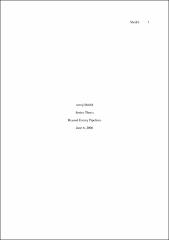 American foreign policy relies on political, social and energy related decisions. Of particular interest seem to be the South Asian and Central Asian countries that are new hotbeds for political and social upheaval. Often foreign policy decisions are said to be made for “what is best for the country” but at the end, the decision is often driven by the economic system. In the following thesis, these kinds of issues are explored on a more specific level. Natural gas pipelines have been initiated in Southern and Central Asian countries that will have dramatic foreign policy effects on the United States as well as the other countries involved. Two of the most controversial are the IPI (Iran Pakistan India) and the TAP (Turkmenistan-Afghanistan-Pakistan) pipelines. The US government has made many statements regarding its opposition to one and support of the other, and the rest of the countries involved are central to the ongoing war on terror. Through the study of these pipelines, this thesis explores the threats of each pipeline in terms of government support and opposition for both the United States and Pakistan. Further, there is a study on the potential aftermath at participation for Pakistan, as well as the status of the war on terror for the United States. Many think tanks and government officials in our nation’s capital have begun publishing and discussing opinions regarding these proposals. With the study of their foresights, this thesis comes up with a policy study of what the potential situations could be for each country and which path they should follow in their policy agendas. The method of inquiry in this policy brief is by exploring documents and essays written by policy analysts in the field.