The Implications of the Sarbanes-Oxley Act for U.S. Foreign Relations 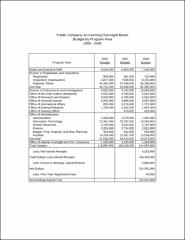 INTRODUCTION: The overlying theme of my research project is investigating the implications of Sarbanes-Oxley (SOX) Act for U.S. foreign relations since its release in 2002. To clarify the focus of this project, I will be concentrating on the requirement under SOX Sections 102 and 106 that stipulate no public accounting firm may issue or prepare an audit report for any public company without registering with the Public Company Accounting Oversight Board (PCAOB). This requirement impacts both U.S. and foreign public accounting firms alike. Furthermore, it has impacted the United States’ foreign relations with countries throughout the world and will continue to dominate accounting agenda as the business world diverges away from a strictly domestic perspective into an all-encompassing international affair. RATIONALE: The rationale behind this project is that the PCAOB registration requires all PCAOB registrants to comply with the rules and regulations set forth by the Board regardless of nationality. Consequently, the PCAOB will face a series of obstacles imposing its regulations and subsequent Board actions on foreign firms. This includes enforcing SOX in international jurisdictions, addressing conflicting international accounting standards, political and economic instability, and general backlash toward the United States. The steady decline in foreign companies listing on the U.S. capital market since SOX was released is one example of the economic backlash the U.S. has experienced. METHODOLOGY: My research relies upon documentary analysis conducted on documents collected from trusted academic sources. I examined the congressional hearings on Sarbanes-Oxley prior to its acceptance, PCAOB standards and interpretations, U.S. Department of State releases, and numerous scholarly and academic journals, covering topics in accounting, law, politics and diplomacy. After I collected a sufficient amount of documents, I conducted an in-depth analysis on the source content and extrapolated evidence in support of my investigation. PROPOSED FINDINGS: The strong negative international reaction towards SOX and its implications for foreign accounting firms is a major problem for the U.S. that must be addressed. By requiring foreign registrants’ compliance with PCAOB regulations, the U.S. is threatening the sovereignty of foreign nations around the world and tarnishing its image abroad. I believe that the U.S. will need to do one of the following in the near future: 1) Develop a system that evaluates the integrity of foreign oversight systems and accept those nations with an appropriate system as equivalent to the U.S. system, or 2) Work in conjunction with foreign nations to devise an international professional oversight system. Similar to the difficulties faced by the International Accounting Standards Board (IASB), it is unlikely that an international oversight board will be successful. As a result, the PCAOB should work to devise a method to evaluate existing foreign oversight systems and honor those systems when appropriate. If the U.S. does not respond to international concerns over SOX, foreign company membership on the U.S. capital market will continue to decline and the U.S. will isolate itself, suffering politically, economically, and socially.