In the Company of Wolves: Samurai and the Social Order in Early Medieval Japan 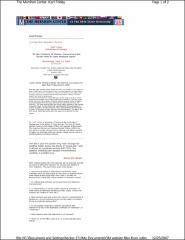 Were the early samurai wolves amidst the fold? This question is less clear-cut than it might seem, for the samurai were, from the beginning of their history, at once a source of and a solution to violence and threats to the public order. Arising in response to polices that privatized the state's military and police system, this order of professional mercenaries functioned for nearly 300 years as the “teeth and claws” of the imperial court and the (civil) noble houses that comprised it. Over the course of the 12th and 13th centuries, however, warriors wrested control of Japan's lands and peoples from the court, and ruled the country for the next four centuries. The early samurai were men whose values centered on the concept of personal honor, but who killed with casual abandon and equal alacrity in defense of public or private employers. Their contemporaries described them as being “of imposing courage, discretion and discrimination”; as well as “like wild wolves, butchering human flesh and using it as ornaments for their bodies.”