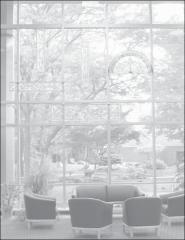 With his gift to the Ohio State University, Ralph D. Mershon sought to promote the civilian study of military activities and the principles of good citizenship. Today, the Mershon Center strives to fulfill that aim by fostering the understanding of national security in a global context. It concentrates on three main topics: 1) the use of force and diplomacy, 2) the ideas, identities, and decisional processes that affect security, and 3) the institutions that manage violent conflicts. This year, the Center held seven international conferences devoted to specific aspects of each of these topics. For instance, it convened in conjunction with the Korean National Defense University a conference in Seoul on the evolving military relationship between the United States and the Republic of South Korea. Funded by the National Science Foundation, Mershon also held a workshop devoted to identifying new research agendas for political science and sociology as they seek to understand global tensions in the Middle East. This was held in Istanbul, Turkey in conjunction with Bocaziçi University. The Mershon Center continued its decade old interest in fostering democratic institutions, holding this year’s conference on Comparative National Elections—which now includes teams from 21 countries—at the University of Cape Town, South Africa. In the contemporary era, the national security environment features multiple perceived threats with complex causes and involves militaries in a wide range of activities. To understand these matters, the Mershon Center aims to unite and catalyze faculty expertise across many disciplines. This year, the Center initiated twenty-five new research projects and continued six from the previous year. These thirty-one projects involved forty-one faculty members from sixteen different departments in four different Colleges (Humanities, Social and Behavioral Sciences, Law, and Food, Agricultural and Environmental Sciences). The Center also sought to increase the faculty expertise at Ohio State by helping highly-rated departments like Political Science and History recruit new colleagues. Thirteen of the projects funded this year were directed by professors who were recruited to or retained by Ohio State with the financial help of the Mershon Center. Students are deeply involved in the activities of the Mershon Center. This year, the Center funded nine student research projects with students traveling to Portugal, Turkey, South Africa, Latvia, Russia and South Korea among other places. Ten other undergraduate students were employed at the Center and involved in our various activities. Thirty graduate students were funded as research assistants on faculty-led research projects and an additional fifteen graduate students received some financial support for their contributions to these endeavors. In addition, although Mershon is not a teaching unit, it funded two lecture series that were integral components of two courses, an undergraduate course taught by Professor William Liddle concentrating on politics and security in the Muslim world and a graduate seminar taught by Professor Geoffrey Parker that concentrated on elite fighting units, their organization, recruitment, and role in both combat and society. This report gives a glimpse of the research activities under way at the Center and the more than sixty-five guest speakers who contributed to our enterprise. Collectively, they enrich the experience of students and faculty at the Ohio State University and certainly make my job as director a genuine pleasure. More information on many of these activities is available on our web-site www.mershon. ohio-state.edu. RICHARD K. HERRMANN DIRECTOR, MERSHON CENTER FOR INTERNATIONAL SECURITY STUDIES PROFESSOR, POLITICAL SCIENCE