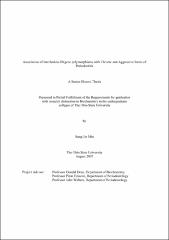 Inflammatory periodontitis is characterized by the loss of the connective tissue attachment to the teeth in the presence of gingival inflammation. In terms of pathogenesis of periodontitis, many cytokines and inflammatory mediators promote the release of tissue-derived enzymes, the matrix metalloproteinases, which are destructive to the extracellular matrix and bone. Among them, interleukin 1 (IL-1), a pro-inflammatory cytokine, enables ingress of inflammatory cells into sites of infection, promotes bone resorption, stimulates eicosanoid release by monocytes and fibroblasts, stimulates release of matrix metalloproteinases that degrade proteins of the extracellular matrix, and participates in many aspects of the immune response. In some patients, over-expression of IL-1 is associated with an increased risk of developing periodontitis. The production and activity of IL-1 are regulated by both transcriptional and posttranslational mechanisms, as well as by the IL-1 receptor antagonist. Previous studies have indicated that single nucleotide polymorphisms (SNPs) in the promoter region of IL-1 gene (-511, -31, +3954) may influence one’s susceptibility to and prognosis of diseases due to IL-1-mediated inflammation. The effects of the promoter SNPs on gene transcription, however, may be complex and involve many interactions among multiple polymorphic sites as haplotypes. IL-1B polymorphisms were investigated in 52 generalized aggressive periodontitis (GAP) patients, 53 generalized chronic periodontitis (GCP) patients, and 42 healthy controls of a Turkish population. Chi-Square test and haplotype analysis was used to investigate the association of the polymorphisms with disease. In GAP cases, IL-1B -31T>C and -511C>T SNPs exhibited a significant association with significant risk for the development of the disease (P=0.024 and P=0.017, respectively). In cases with GCP, none of SNPs were associated with disease. Haplotype analysis supported the aetiologic contribution of IL-1B -31 and -511 SNPs in GAP cases. In conclusion, polymorphisms in IL-1B -31 and -511 may contribute to the risk of developing GAP, while IL-1B +3954 polymorphisms do not appeared to be associated with an increased risk of developing periodontitis in a Turkish Population. Further haplotype analysis with other SNPS in IL-1B region is suggested.