The role of pitch accent in discourse construction 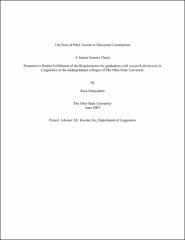