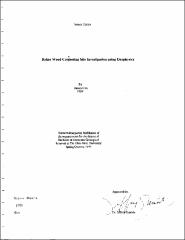 Two geophysical techniques, Ground Penetrating Radar (GPR) and Electromagnetic (EM), were employed and compared at an industrial site that formerly operated as a creosote wood treating facility. The geophysical techniques were used for mapping the spatial extent of ceosote contamination and to locate buried tanks, pipes and other subsurface features that could potentially lead to further contamination of the site if ruptured. While the EM data failed to image subsurface anomalies in the surveyed area, the GPR data proved successful in locating creosote-filled trenches, pipes, and buried tanks.