Mechanism of Riboflavin Destruction under Light 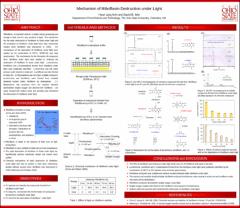