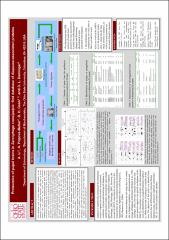 Most molecular work on insect diapause has focused on the expression of unique diapause transcripts, rather than the protein products. Here we present our first results from a proteomic comparison of diapausing and nondiapausing pupal brains. Proteins extracted from diapausing pupal brains in the flesh fly Sarcophaga crassipalpis were separated by two-dimensional gel electrophoresis and compared with those from nondiapausing pupal brains. Unique proteins and proteins expressed at different levels in diapausing and nondiapausing brains were identified by Nano-LC/MS/MS (capillary-liquid chromatography-nanospray tandem mass spectrometry). With this approach and Coomassie staining we detected 17 unique or upregulated (≥3x) spots, and 16 spots that were missing or downregulated in diapause. Most of the brain proteins present in higher amounts during diapause were heat shock proteins (members of the HSP70 and small HSP families). Brain proteins that were less abundant in diapause include phosphoenolpyruvate synthase, fatty acid binding protein, endonuclease, retinal pigment epithelium 65-protein,Ylt1, 16S rRNA pseudouridylate synthase, pupative S-transferase, and EG0003.7. Our 2-D proteome maps include many additional unknown proteins. While the mRNAs encoding certain of these proteins (e.g.HSPs) were previously known to be associated with diapause, many of the other proteins were not known to be linked to diapause, thus suggesting that the proteomic approach nicely supplements work done at the transcript level.